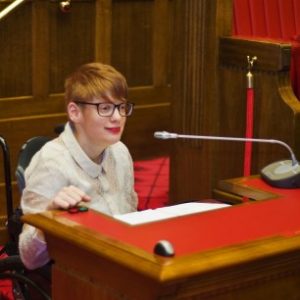 Kelly Vincent is the leader of Dignity Party and was elected in 2010 at the South Australian elections. She held the eleventh and last seat in the Legislative Council for an eight-year term.

Before the vote, Paul Collier was listed first on the party’s ticket for the upper house and passed away due to a brain haemorrhage. Kelly was listed second and received all of the preferences from Paul, and became the leader of the party at age 21. Her age makes Kelly the youngest person to be elected to parliament in Australia. As Kelly has a disability and uses a wheelchair, Parliament House underwent modifications including ramps and an accessible toilet. 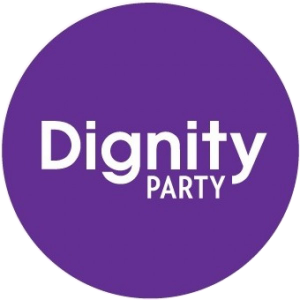 Dignity Party is a political party in South Australia. It originated in 2004 when a group of parents established Dignity for Disabled. They wanted an increase in the funding for people with disabilities from the government.

The current name of the party was set in 2016, to represent equality in all forms including gender and race. There has been interest from groups in other countries, to establish political parties, similar to Dignity Party, to help marginalised people.